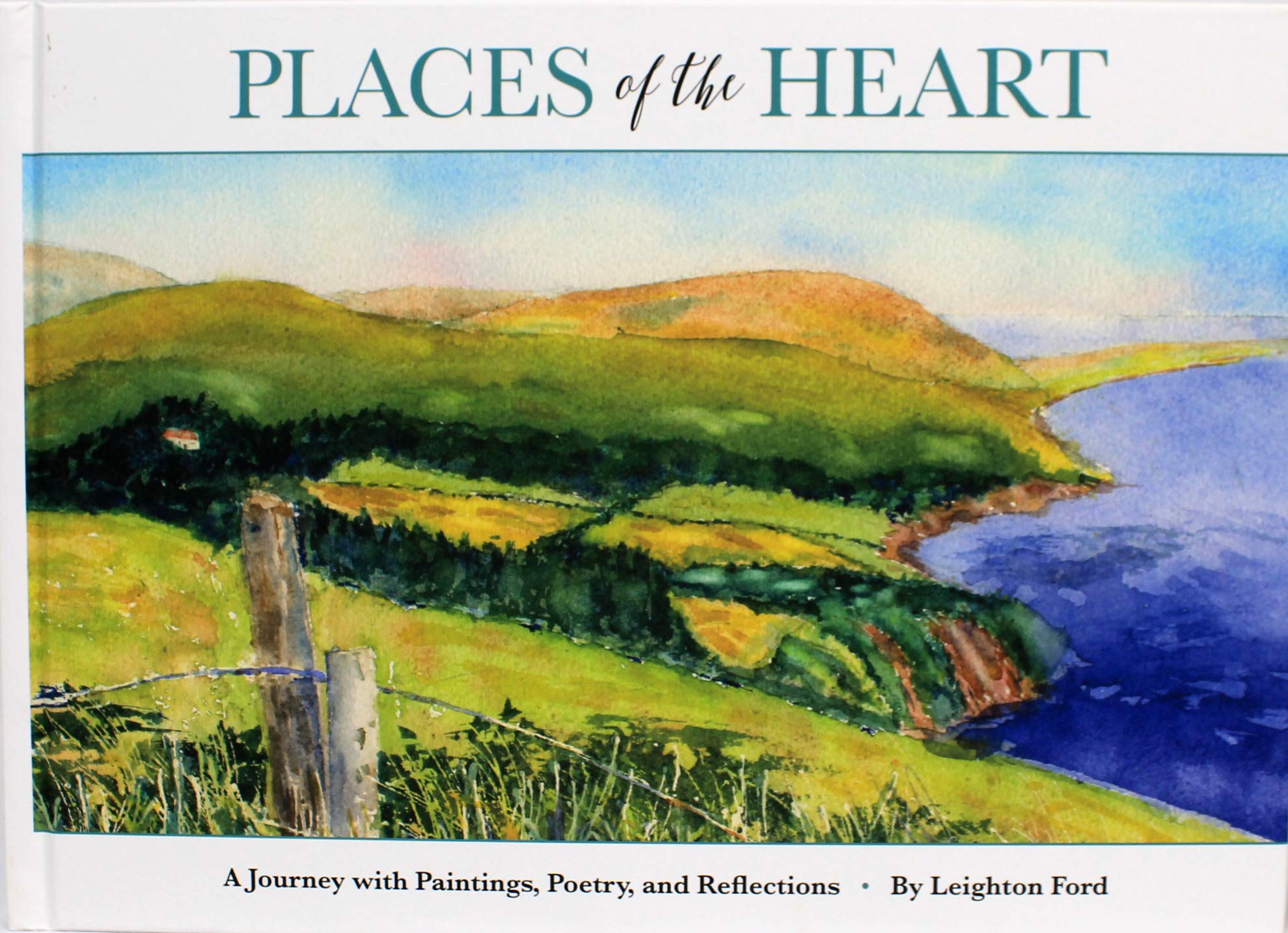 Places of the Heart

Places of the Heart is Leighton Ford’s visual spiritual memoir. It features the author’s imaginative watercolor paintings, poetry, and reflections on a life formed, redeemed, empowered, and directed by God and for God’s glory.

“I have lived my life in many places.

So this book is for me a journey - of imagination and memory - in color and in word - to some of those places which deeply touched my heart. They did so more than perhaps I knew at the time.

The route has taken me to forty countries of the world, from Chatham, Ontario, where I grew up as a boy through high school, to Charlotte, North Carolina, where Jeanie and I have lived since we purchased our first home.

In Chatham. I first had glimmers of a wider world through my mother, who taught me to read the Bible and pray, and took me to hear the stories of missionaries who had served in many lands. In Chatham, too, I met Billy Graham who urged me to go to Wheaton College, where I met and fell in love with his sister, my wife Jeanie.

We married while I was in seminary in Atlanta. Almost from the beginning we lived our lives in two modes - at home, and on the road. From Charlotte, I travelled to many countries to preach as an evangelist, during the early years in company with my brother-in-law, later for my own ministry. I was always eager to come home as soon as I could to Jeanie, and our three children, Debbie, Sandy, and Kevin.

In 1981 Sandy died at the age of 21 during surgery to correct a heart arrhythmia problem. It was a deep loss that set Jeanie and me on a new course, to identify and mentor the emerging young leaders in the Lord's cause around the world. But to have Debbie and Kevin and their spouses and children nearby have always made home and family blessed for us.

In all these callings, we have lived and travelled in many places.

In this book I am thinking of those places not in terms of their geographic location, but in the geography of the heart. I have placed them not in chronological order, but as they speak to me of some special moments, what the Greeks called "kairos" times, that have shaped my life.

I consider them as "thin places." That is how the ancient Celts described borderline times and places, often where land and water meet, where the curtain between heaven and earth seems for a while to part.

As for painting, I did not give drawing or painting a thought until in the early '90s I was in Vancouver, Canada, one of my "thin places," for a summer study retreat. One afternoon, bored with reading, I casually leafed through a book on painting and was captivated. I bought a book on drawing, took lessons from my first teacher, Nancy, and discovered a new avocation as an artist. That came in tandem with a fresh calling to be a mentor to younger leaders, an "artist of the soul."

For many years now, I have set aside one afternoon a week to work on new paintings with another long-time teacher, Sally. Sometimes I paint outside, in the open air, but most often in Sally's studio. I take lots of photos and use them as references. Watercolor is usually my medium, partly because it teaches me to give up control and look for surprises. The lushness of pastels also appeals to me.

Because I began to paint in my 60s, the images in this book are from later years. Yet these later paintings have given me a vantage point to look backward, and inward, as a mirror for the years of my life. That is why I recall Places of the Heart.

The poetry covers a wider span. Some of the poems were written in response to a particular painting, or vice versa. Others seem to reflect the mood of a particular place and time. Most of the reflections I have added later, to describe a setting or recall a memory.

The epigrams are taken from several different versions of the Bible.

Perhaps in these paintings, the poems, and reflections, you may observe the waymarks of my journey with God. Some of them may also touch your heart and bring you to dwell again in places which still live for you. That I most truly wish.”

Places of the Heart is Leighton Ford’s visual spiritual memoir. It features the author’s imaginative watercolor paintings, poetry, and reflections on a life formed, redeemed, empowered, and directed by God and for God’s glory.